As I mentioned in my previous post about blogs, I implemented the idea that each social media channel should be used as a specific broadcast channel, pushing a particular flavor of content on each one. This idea first developed when I worked as a Producer/Director for the eMedia department at UC Blue Ash. With my team of interns, we developed content for the UCTV channel. Our local college tv channel was always in need of content to put in its line-up and it was a great way to get students hands-on experience while still learning the craft of electronic media. A lot of the content came from live recordings of performances held in the theater, but some of them were collaborations with faculty members, like the Cheeto Experiment I worked on:

When I moved on to the College of Education, Health and Society (EHS), I started to envision each “channel” where we communicated with our audiences as a broadcast channel, like channels on a television. Since I was the most familiar with Facebook, I started with that channel. I worked with stats on Facebook and the history of how it was used and determined that most of our audience was alumni. But I knew that current faculty and staff members also peeked in from time to time. I started using Facebook to post informational content that would appeal to alumni and current employees.

The content varied: articles I found during research about topics that I thought would be interesting to employees in our various departments, blog posts about current or former students (or divisional accomplishments), organic posts about presentations and opportunities offered through the division. Anything that might appeal to that target audience. I also spent some time interacting and commenting on posts by all the schools and businesses in the area as well as popular educational Facebook pages. We saw our audience grow and our stats go up:

I started in July, so you can see it can take a little while to develop an audience, especially organically.

Once I had a handle on the Facebook media channel, I started to grow our Instagram account. This was a bit more dramatic increase, from 37 followers to around 580 followers. Mainly, I did this with free eye candy photographs depicting our division and our university.

I did this mostly by connecting with as many people, places, and local businesses as I could. I would follow other college pages, our own university pages, every single local area school district, area business and visitors bureaus–anyone that I thought might be interested in following us. In addition, we gained a lot of photographers and artists as followers. The key audience here were mostly potential students and a some current students. So, for potential students I wanted to show what a beautiful place the division was, what a fun place to be, and an overall great environment. For current students, I was showing activities they were experiencing and hyping up accomplishments experientially.

The next media channel I was to tackle was Twitter. I was unable to really get a good start on this channel, but I envisioned using it as a place where current students could go to get information about current events, deadlines and announcements. I think because of the speed of Twitter and the brevity of the posts, it would be a great place to put reminders, announcements, and other various opportunities.

Lastly, I include the digital display system of the division. I’ve mentioned this before in my post about branding, but I didn’t really get a chance to talk about the purpose of that media channel. The digital display system was not being used when I arrived in the division, so I got it up and running and developed a system to make posting images successful. My first goal was to improve morale in the division and increase visual appeal of the items displayed there.

The target audience for the display system was internal employees and current students and sometimes outside audiences. This is where we posted new class opportunities, events, internships, accomplishments, etc.–anything that would be of interest to (a mostly) internal audience.

I received many compliments from the employees of the division who told me they actually stopped to read what was on the displays and they liked to see what was going on from the slides. I also received positive feedback from employees in other divisions complimenting me on the style and visual appeal of the slides. This was great feedback to get on a seemly small channel of communication! 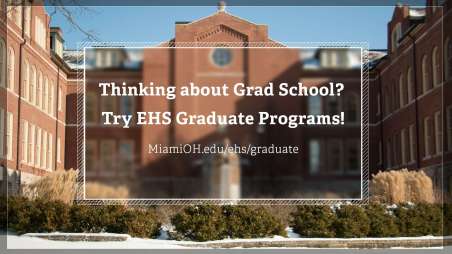 When using media “channels of communication”, I like to think about the audience that I am targeting through that channel. This not only allows me to organize the information into logical outlets, I can also drive the right audience to the right channel. Instead of pushing out all communications on all channels, I can tailor the content to a specific audience making my communications more effective. The audience will watch and listen to the channel with more attentiveness because the information coming from that channel has a higher probability of being useful and pertinent to them. In this way, I can use these outlets together in a larger more comprehensive campaign instead of it all being one massive data dump.

One thought on “Social Media Channels”